Comprised of 127 passionate and talented young musicians aged 12 to 21, under the leadership of one of the most exciting Maestros of our time, the BPYO was chosen by The Boston Globe as one of the “Best New Things in Boston in 2012.”

Tuition free, the BPYO is more than a youth orchestra. It is an institution training 21st century leaders and offering a clear vision of the universal power of music to transform future generations. Benjamin Zander’s unique brand of passionate leadership, known to millions through his popular TED talk, the book The Art of Possibility and his presentations, challenges every BPYO member to reach beyond the music to achieve harmony in their lives and the world around them.

Leading figures in the music world like Yo-Yo Ma, Simon Rattle, and composers John Harbison and Gunther Schuller have hailed the formation of the Boston Philharmonic Youth Orchestra in 2012 as a major development in music education in America. The orchestra’s debut performance last November drew a sold-out crowd to Boston’s famed Symphony Hall. Their recent performance of Mahler’s majestic Symphony No. 2, Resurrection, caused a prolonged standing ovation and prompted Pulitzer-prize winning critic Lloyd Schwartz to write: “the triumph of the blazing final movement, and the entire symphony, was Zander’s and the orchestra’s — pouring it on, pouring it out, with total and overwhelming conviction, abandon, and, as Mahler requires, surprise.”

60% of the players are still in middle school or high school and 40% are undergraduates studying in Boston’s best music institutions. They hail from a wide range of ethnic, cultural, and economic backgrounds.

The tour was organized by leading Dutch music managers and music educators who view the visit of the BPYO and conductor Benjamin Zander as a major stimulus and inspiration to both students and audiences throughout their country.

The players collaborated with local youth orchestras and participated in “social action through music,” interacted with students in music programs, and presented a joint performance with 500 local orchestra members ages 12 and under.

Performances featured Mahler’s Symphony No. 2, Resurrection, in collaboration with a national Dutch chorus and internationally acclaimed soloists, Strauss’s Ein Heldenleben, and Schumann’s Piano Concerto, with 17-year-old Boston-based prodigy George Li. Concerts occurred in Maastricht, Haarlem, Almere, Rotterdam, and Amsterdam. The tour culminates on June 27th with a performance in the acoustically perfect Concertgebouw, where Mahler himself conducted his Resurrection Symphony. Cultural exchange and outreach activities, focused in Maastricht and Amsterdam, allowed BPYO members to serve as ambassadors and generous contributors, central aspects of their leadership training. The tour also featured a conducting master class led by Benjamin Zander with the BPYO, for aspiring Dutch conductors. 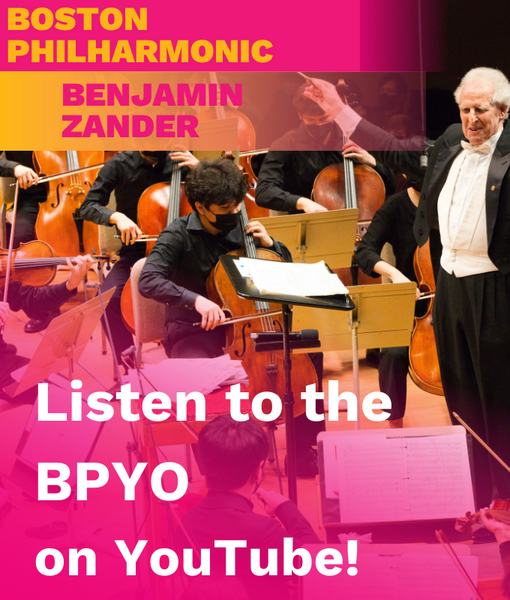